Pathfinder Games
It has been almost 2 months since our successful Kickstarter campaign came to a close, and in that time a lot has been happening behind the scenes.

Release Date
We have been hard at work since our last newsletter – continuing to push towards the release. After recent beta testing we have however decided that we cannot meet our release target without making significant compromises on game features and performance.

This news will of course be disappointing to backers, followers and members of the community. It is also frustrating for us as developers, as we are keen to get our game out there to be played by everyone. Although the release will be into Early Access, we still feel the game needs a little bit of extra polish before it begins the next stage of its life.

We’ll be launching Vanguard: Normandy 1944 onto Steam Early Access in February 2019. We hope you can look forward to joining us on the Normandy battlefields in the New Year! 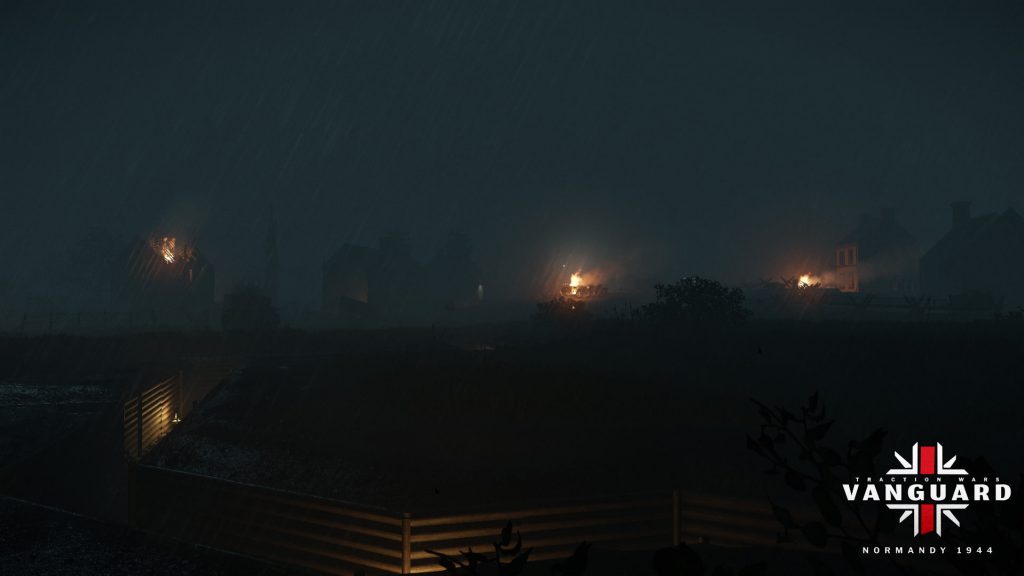 Since the end of the Kickstarter we have been working extremely hard on preparing the game for the Early Access launch.

This includes implementing and refining features such as allowing players to lean around corners, integrated voice chat and menu options. The night version of Lion-sur-Mer revealed at the end of the Kickstarter campaign has been given a new environmental soundscape for the nighttime setting. We have been making numerous tweaks and improvements to the balancing and interfaces using feedback from our regular play testing.

We have also been working on optimisation and reducing the memory consumption of the game, which although not exciting is essential for keeping the game running smoothly on lower end machines.

That’s all for this time. We will be back with another update

Vanguard Friend
We have waited this long, so I reckon we can wait a wee bit longer as it will all be worthwhile once it's finally here. (don't suppose there is any chance of helping out with the Beta test? LOL)
R

Vanguard Friend
How can I participate in the beta testing? I would love to help in the development however possible. I backed the game on Kickstarter as well but don't remember seeing anything about the testing.

Pathfinder Games
Thank you for your understanding @Bootneck - as you can imagine this was the last thing we wanted to do.

@roflcakes Thanks for the offer of help. We have a small group of dedicated beta testers who are helping us out with beta testing at the moment. Right now that's all we need. We'll announce on Discord and/or the forum if we are looking for more testers.

Vanguard Friend
Take your time @General Naga , when releasing on early access you will have those people who do not understand that early access is about helping developers bring their game to the finish line, that the game is still under development, so the more polish the game is the better it will be for your reviews.
Positive game reviews is what makes your game more visible to the public on Steam store, so yes take your time.

General Naga said:
It has been almost 2 months since our successful Kickstarter campaign came to a close, and

We have also been working on optimisation and reducing the memory consumption of the game, which although not exciting is essential for keeping the game running smoothly on lower end machines.
Click to expand...

This is a very important process which i believe is missing from a lot of the new releases, glad to hear it and keep up the great work!